A Project for Better Journalism chapter
The Talon
Connections, Hawk of the Week 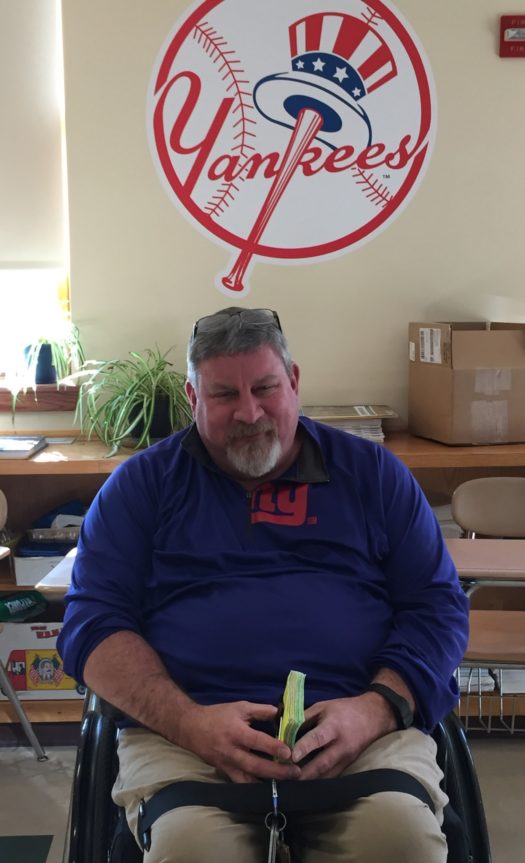 For Walt Petig, life wasn’t always challenging. By the time he hit the age of 36,  his life changed forever. The challenge Mr. Petig faced was becoming paralyzed.

When he got out of high school, he went into the US Coast Guard, where he worked as an engineer. Once he got out, he moved to New Hampshire and started working as a builder, making the outer shells of houses. One very unlucky time, Mr. Petig was putting in a window on the second floor of a house. He was sitting with his back facing the outside on a windowsill. As he went to nail the window in, his fate blew him away and he fell out the second-story window onto the ground, paralyzing him from the bottom of his ribs down. For the past 16 years he has needed a wheelchair to move around. For 16 years, Mr. Petig has dealt with the snow, rain, heat, cold, and much more all while sitting in a wheelchair. He has a big routine that he goes through every morning. He struggles to get up in the morning because unlike us, he can’t get out of bed and walk around. He wakes up, has to get into his wheelchair, go to the bathroom, and much more just to get out the door to head to his job.

In order to drive, he has a knob that’s connected to the pedals. Shifting it forward hits the gas, and moving it backwards hits the brake. Then there’s a separate knob on his steering wheel to help him steer.

Once he gets to Exeter High School, where he’s a social studies teacher, he uses his motor that’s hooked up on the back of his chair so he doesn’t have to push himself around. He just double taps a band on his wrist and it turns on and pushes him down the hall, or anywhere he has to go.

Mr. Petig, out of all people, had to deal with the depression of knowing he can’t walk anymore, and yet he still throws a smile on his face and makes the most of his life. Mr. Petig has a mindset that everyone should have.