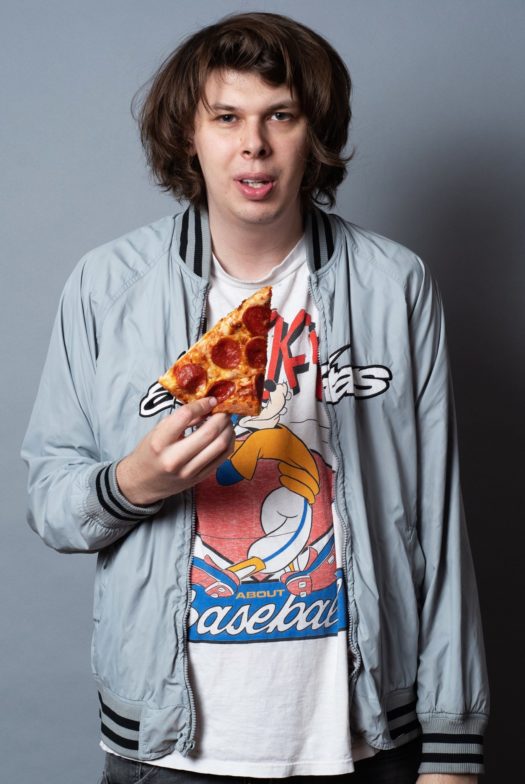 Everybody knows the show Stranger Things, right? The answer is yes.

Well, in September, the famous Matty Cardarople, who played Keith the arcade clerk in Stranger Things, was back at his alma mater: Exeter High School.

During the time that Matty was here, he was asked to work with our very own drama program. He inspired the students in the class and immediately made everyone feel comfortable while he worked with the students.

“He played and led games as if he’d always been a member of our class. You could almost forget he was actually a celebrity; that’s how down to earth he remained,” said drama and English teacher Mr. Iwaskiewicz, who was over the moon when given the opportunity to introduce the actor to his students. While speaking with Mr. I, he explained that he and his wife admired Matty’s work in both A Series of Unfortunate Events and Stranger Things, and so now having this experience with the actor has made him “grateful [he] will be able to share his advice with future students interested in a career path like Matty’s.”

Mr. I loved having Matty in the Black Box, and the students benefited from having a new, yet familiar face there to help guide new exercises and techniques. Most students got pictures with him, were able to have one on one conversations, and not one student left that day feeling disappointed.

Mr. Iwaskiewicz praised Matty, “my students were undoubtedly inspired by… his encouragement to be true to yourself and pursue the dreams you believe in, [his] nurtured confidence, boldness, and ambition throughout our class. It’s so easy to believe, ‘I could never do that,’ whether someone is considering trying out for a play, taking up a new hobby, or applying for a job. Matty reminded us all that it’s worth chasing our dreams, especially the biggest ones, and not quitting when the road gets really tough.” Already, more students are interested in pursuing the same path Matty has taken; and that starts off with the little things, such as joining a drama class or the program here (which would be the fall play or the spring musical).

And so this leaves us with this question: who is going to be the next Matty Cardarople, coming back to Exeter High to teach and inspire students to do whatever they can get themselves there?