A Project for Better Journalism chapter
The Talon
Uncategorized

This is a Test of the Wireless Emergency Alerts System 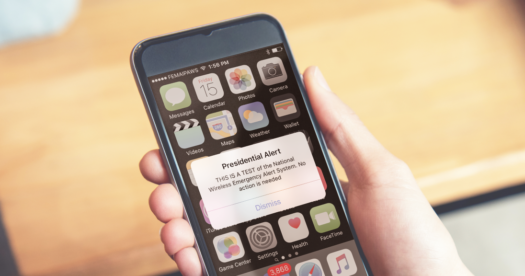 ▲
Graphical representation of what a Presidential Alert will look like on cellular phones.
FEMA/Justin Singer

▲
Graphical representation of what a Presidential Alert will look like on cellular phones.
FEMA/Justin Singer

At 2:18 PM on October 3, 2018, the Federal Emergency Management Agency will test the Wireless Emergency Alerts system. This will be the first test of the presidential alert system since the introduction of wireless emergency alerts.

The test alert message will be “THIS IS A TEST of the National Wireless Emergency Alert System. No action is needed”.

Presidential alerts are designed to allow the President to address the nation within 10 minutes. They can not be disabled, but the alert can be silenced once it is received. All other wireless emergency alerts can be disabled.

State and local governments already use these emergency alert systems to inform residents of severe weather, missing children, and other threats to life or property.

This system test was originally scheduled for September 20, 2018, but was postponed due to Hurricane Florence.

More information about this national test can be found at https://www.fema.gov/emergency-alert-test.