The Hypocrisy of “Thoughts and Prayers” 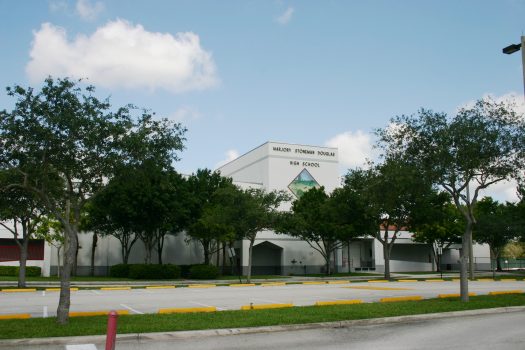 On February 14th, 17 people were killed in a mass shooting at Stoneman Douglas High School in Parkland, Florida.

Politicians wasted no time speaking out. The tragically too common phrase “thoughts and prayers” was thrown around. Yet, is there any true meaning behind this statement, or is it simply a script to be read from?

“A mass shooting at one of Florida’s schools is a day you pray will never come. Jeanette and I are devastated and saddened by today’s inexplicable tragedy at Broward County’s Marjory Stoneman Douglas High School. We join millions of Americans in praying for the victims, their families and all the students and teachers impacted by today’s events. We are grateful to the emergency responders, law enforcement officials, nurses and doctors who assisted the victims of today’s tragedy. Over the next few hours and days we will learn more about why and how this killer carried out this carnage. My office and I remain ready to assist state and local officials and anyone impacted by this horrible tragedy.”

Rubio prayed this day would never come, yet he’s done nothing to prevent it from happening. He boasts a B+ rating from the NRA, indicating a pro-gun rhetoric. In 2013, Rubio voted against a bill that would ban high capacity magazines of over 10 bullets. He is in a position where he has the power to take action against this country’s most disturbing issue, and chooses to do nothing.

Not to mention that Rubio has received $3.3 from the NRA over the course of his political career. Rubio isn’t alone, Colorado senator Cory Gardner tweeted about how “heartbroken” he was while enjoying $3.88 million in contributions from the NRA. Senator Rob Portman of Ohio says he and his wife send their prayers, while the NRA has sent them $3 million. Until those running our country decide that the lives of children are worth more than the NRA’s blood soaked money, nothing will change.

I am heartbroken for the students & family of those involved in this horrible tragedy & I'm praying for our first responders as they act swiftly to contain the situation. https://t.co/rCn5lFYhHP

Therein lies the problem with statements about “thoughts and prayers.” It’s a cop-out for politicians to pretend to care about a problem they don’t intend on fixing. Survivors of mass shootings and their families have experienced unimaginable horror, and deserve sympathy, yet if politicians actually want to show that they have these people in their thoughts, they’d take action against gun violence. If we truly want to solve the issue of gun violence, our legislature needs to quit praying and start doing their jobs.